There are ethical assessment categories, which reflect moral value of the personality and represent a social and individual assessment of moral qualities and human actions, which are a necessary condition for a doctor to perform his professional duty. Honor as a moral phenomenon is an external social recognition of a person’s deeds, his merits, manifested in esteem, authority, glory. Therefore, the sense of honor that is intrinsic to the physician as a person is associated with the desire to achieve high esteem on the part of others, praise, and fame. Dignity is, first of all, inner confidence in own value, sense of self-respect, manifested in resistance to attempts to encroach on their individuality and a certain independence. Dignity is something that a person has to conquer, to achieve in the process of his or her life. Professional Honor is awarded to a doctor according to the evaluation that he or she receives as a human being and as a member of the medical profession who performs his or her duty. Dignity, on the other hand, is the objective value of the person, which belongs to the person by birthright, because he or she is human (human dignity). Therefore, all patients, regardless of their social status, mental and physical state and behavior, have an equal right to recognition of their dignity.

He was (1875-1965) a German-French philosopher, physician, theologian, world-renowned for his humanistic actions, Nobel Peace Prize winner, and founder of free clinics in Africa. He is the author of the ethical principle of reverence for life. He believes that morality is not only a law, but also a condition for the existence and development of life. The organic unity of ethics and culture is the foundation of human progress and the spiritual perfection of the individual, the criterion of the development of which is humanism.

(from Ancient Greek eu - good and thanatos - death) This is a concept that means a voluntary painless death and reflects the natural desire of every person to die easy and peacefully. The concept of Euthanasia was introduced by F.Bacon in the seventeenth century. Euthanasia exists in two forms, passive and active. Passive Euthanasia The decision to stop treatment because the patient is hopeless; active Euthanasia Administration of high doses of narcotics, ending the suffering and life of hopeless patients. In modern literature, the typology is expanded by introducing the concepts of voluntary and unintended Euthanasia: Voluntary Euthanasia is performed when the patient is informed; unintended Euthanasia - without the patient’s consent. There are two main ethical arguments: mercy and “the golden rule of morality”. Proponents believe that active health care can be justified ethically in case of:

(from Latin expertus - experienced) The study of any issue related to research in the field of biology and medicine, with the presentation of a reasoned conclusion from the standpoint of the ethical legality, safety and expediency of this research. When conducting biomedical research, even at the level of its conception, general idea, and planning, the obligation of ethical expertise requires that not every conception, even those that are theoretically, technically, and methodologically flawless, will be implemented, but only those that pass ethical humanitarian expertise. 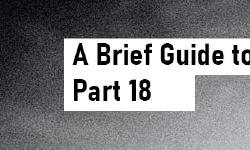